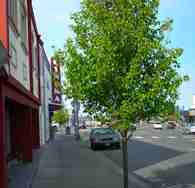 in Obrella's "The Best and Worst Commuter Cities in Oregon" report.

The Obrella Insider released its "The Best and Worst Commuter Cities in Oregon" report on June 16, 2015. To determine the rankings, Obrella analyzed traffic data from the 2013 U.S. Census Bureau survey, considering only Oregon cities whose population exceeded 5,000 at the time of the survey.

According to Obrella, the typical Oregon worker gets to the office in about 22 minutes, which is a few minute faster than the national average of 25.2 minutes.

"From small towns like Brookings to big cities like Eugene, we were glad to see communities of every size made it on our best commuter cities in Oregon list. Additionally, we were impressed that most cities had high rates of commuters who carpooled and telecommuted."

The report visualizes compelling commuter data at the city level, including methods of commuting and a breakdown of commute durations.

ABOUT OBRELLA
The Obrella Insider analyzes and reports on everything insurance related, including consumer behavior and trends. Obrella is a community-focused organization that simplifies and adds transparency to the insurance shopping experience by providing helpful resources and comparing car insurance providers.

This institution is an equal opportunity provider