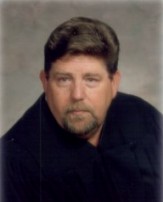 Richard Harper was appointed to the office of Municipal Court Judge by the Brookings City Council in July, 1997. Harper retired from 34 years of service in law enforcement, including patrol, search warrant service, and participating in investigative law activities and all aspects of Court investigations. Prior to his career in law enforcement, Harper honorably served his country as a member of the United States Army with two tours of duty in Vietnam, in 1965 and 1966. Harper attended the National Judicial College and is a member of the Oregon Municipal Judges Association. 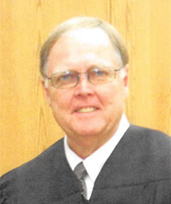 James Fallman was appointed by the City Council to serve as Judge Pro Tem in 2011. As Judge Pro Tem, Fallman presides at court sessions in the absence of Judge Harper. Fallman served as a Municipal Court Judge Pro Tem in Sacramento, California, for 10 years and as a Yolo County Superior Court Judge Pro Tem. He served as the Senior Deputy District Attorney for Del Norte County for 14 years and formerly served as a Deputy District Attorney in Butte County, California, and Assistant District Attorney in Humboldt County, Nevada. Fallman has also served as an instructor at National University, college of the Redwoods, the University of California and Humphreys College of Law. He is a member of the American Judges Association and Oregon Municipal Judges Association. Fallman has completed four training programs at the National Judicial College, National college of District Attorneys, and with both the California and Oregon Narcotics Officers Associations. He has been an instructor in law, Spanish and German at the Southwestern Oregon Community College campus in Brookings.

Gary Milliman was appointed by the City Council to serve as Judge Pro Tem in 2013, and as Truancy Court Judge in 2018. Milliman received a Special Court Jurisdiction certificate from the National Judicial College and is a member of the Oregon Municipal Judges Association. Milliman retired as Brookings City Manager in 2018 after a 45-year career in city management and was designated by the City Council as "City Manager Emeritus." A Credentialed City Manager with the International City/County Management Association, Milliman received a Master of Public Administration degree from the University of Southern California.

The Municipal Court Clerk prepares the Court docket, interacts with defendants and plaintiffs, processes Court orders, resolves matters that may not require action by the judge, and performs general administrative tasks.